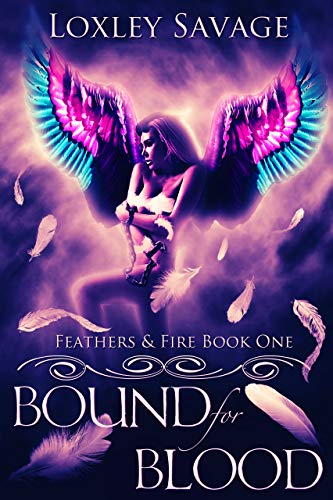 A life of abuse, both physical and mental is all she’s ever known. Whore. Slut. Slave. Hell, she doesn’t even know her real name. A revolving door of customers that pay to use her. And there’s no escape. Stripped and restrained. Being half succubus she needs the sessions with the men who pay. Her phoenix half shies away from their cruel hands dormant until forced out by her captors.

With no memory of her past, or where she came from…she has no hope. Until him. A stranger who shows her kindness. He says he’s there to save her. To free her from this hell. Their night together gives her hope, and for her that’s something dangerous to have. What she doesn’t know is that stranger is a Phoenix warrior sent to rescue her.

First and foremost, the author has issued a Trigger Warning. HEED THIS WARNING!!! If you cannot handle reading a dark novel involving rape, physical/mental abuse, kidnapping, sexual assault, technically animal abuse since shifters are partially animal, and violence, DO NOT READ THIS BOOK! You will be offended, and it will be your fault. The author is weaving a tale about an abused character in a sex club that specially specializes in slavery, and sex trafficking.

I received an advance reader copy of this novel for my honest review. I’ve read a few dark books, so I knew what I was getting into. For those of you new to the shifter world, fantasy world I want to include a couple of definitions.

Phoenix Shifter: A person who is able to take on the form, and abilities of a Phoenix. They heal quickly, have lives for centuries, shift to partial bird form, if killed or almost killed they are able to rise from the ashes and begin again. Rumored to be extremely rare in books.

Succubus: The female version of an Incubus. Demon family. Both the Succubus and Incubus feed on sex and sexual energy. Both are needed to keep a Succubus/Incubus alive.

Trinity is a half succubus, half Phoenix shifter. Her succubus half is what made the beginning half of the book both helpful for Trinity’s sanity, and my own. If she wasn’t it would have been a really tough read because you’re reading about a character going through hell. Especially since every big bad wants her and wants to use her for power, or pleasure.

She’s held captive by Boris, the owner of the exclusive hidden club Exotique. Trinity is not the only rare, or normal female there held captive. Boris will never let Trinity go free because of the power her blood gives him, and he likes to punish/have visits with her himself. As owner of Exotique, Boris rents the girls out to paying clients at his leisure. For me, Boris is a hate to love bad guy. He’s extremely bad…but I still like the asshole.

I LOVED when Trinity was finally able to see that her life could know hope and happiness. That there were people searching for her. That she still had a long lost family.

Don’t shoot the messenger, but this novel does end on a cliffhanger. The cliffhanger only made me want to continue onto book 2 because I need to know what happens. The final book will have a HEA. I loved this book because it was truly dark, it kept my rapt attention, I emotionally felt for the main character, I wanted to take a wiffle bat to a few characters, and see which characters go from love to hate to hate to love. Loxley Savage is a new rh author knocked it out of the park with this breakout dark debut.

Link to Bound for Blood