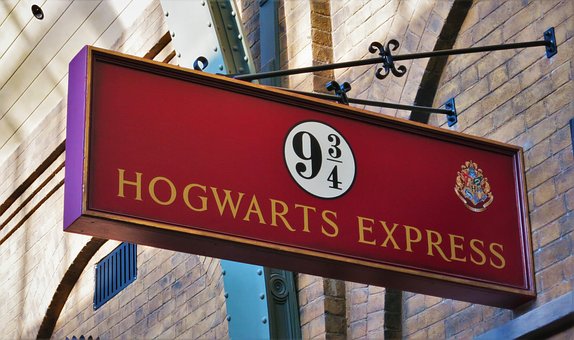 Hey there! This list is geared towards a specific trope where the characters are in an academic setting. School of any type is a neutral setting for a story. A school atmosphere is a relatable environment for a reader as everyone at one point or another has attended school. Below is a list of Academy, College, and School based Reverse Harems. They will be a mix of Paranormal, Urban Fantasy, and possibly some Contemporary etc. As always, happy reading! -Quare Eligere

White Trash Trilogy. Begins with her last year in High School. Contemporary Rh. Story of a broken girl and 4 guys that help put her back together again.

Seraph Black Series. PRN Rh. Slow slow burn. YA. No sex even by book 3, but a great series. A girl with an abusive father. Working, attending school, and has a stalker too. Enter 4 guys who barrel into her life and have a mysterious bond to her.

Academy of Assassins Series. PRN Rh. Morgan can’t remember her past. While attending an academy for those special persons trained to protect humans from dangerous supernaturals. She must figure out her missing memories before they get her killed. Oh, and there’s a team of 6 overprotective guys, assassination attempts, and a killer.

Academy of Witches Series. Urban Fantasy Rh. NA. Attending a school for witches after high school, Max has to dodge mean girls and the repercussions of wishes. Hot guys too.

The Marked Series. Urban Fantasy Rh. YA/NA. The more powers you’re marked with the stronger you are, but no one has ever been marked with all twelve marks. Until Mackenzie. Now she has to learn how to use them, learn who’s trying to use her, and try not to get killed by the people who hate the very people the school she’s at represents.

The Veil Diaries. Urban Fantasy Rh. She’s 17. Just your average girl that get’s basically taken under the wing of 5 guys on the first day of school. She can see the dead. Talk to them, and helps them move on. I’m not finished with them, but I don’t think there’s any sex. It’s YA…

The Bound Spirit Series. Urban Fantasy/PRN. Starts out YA turns to NA. Leaving an abusing home to go live with an estranged aunt, the mc meets new friends who tell her she’s something more than human.

Phoenix Rising Series. PRN Shifter Rh. NA. The mc runs away from a father who continuously kills her. Luckily, she comes back to life each time. Now in a new state, she can begin a new life at college. She meets a group of guys who flip her world upside down and want to protect her.

Ariel Kimber Series. Listed as Occult/Horror Rh. NA. In her last year of high school, Ariel is forced to move with her mom (and mom’s surprise new boyfriend). New town. New school. People treat her like garbage until the new neighbors. They tell her things…and shit hits the fan.

Fair Godmother In Training Novel. Fantasy Rh. Applying to
most prestigious supernatural academy in the world on a dare, the mc is accepted. Under the training of “The Real Fairy Godmother,” she feels alone with powerful people. 3 handsome guys and her succubus roommate come to her rescue.

The Fate Caller Series. Urban Fantasy Rh. NA. It’s always interesting when your canine you grew up with turned out to be an 100% Fae male. The mc is unprepared for that. And the rich school she’s attending. Magic. Mayhem.

The Evelyn Maynard Trilogy. Urban Fantasy Rh. NA.
Evelyn leaves her temporary life with her foster parents for a prestigious college for variants. She’s lucky to be accepted, as she’s a human. However, nothing is what it seems.

The Academy of Spirits and Shadows. Fantasy Rh. NA.
Brynn is tasked with bring back someone from the dead while attending The Royal Academy College. Oh, and her other ghostly boyfriends too. May be a wait for book 3. Book 2 released in 2017.

The True and The Crown Series. Fantasy Rh. NA. After her banishment to the Earth realm is complete, the mc is able to return to the magic realm. Under the watchful eye of 3 males, she is able to attend University. Of course her invitation back home is met with magical strings.

Part 1 of 2. NA Contemporary Rh. Finishing college at a new school, Jamie is given the wrong roommates. She gets three hot as hell men instead. And they don’t want her there. She just wanted to finish school, have fun, and make memories.

A RH Love Story. Contemporary RH. College age mc on break chooses to stay on campus. During break she meets Maven and his two fraternity brothers and they begin part 1 of their unconventional love story.

Break Series. Contemporary Rh. One night at the library turns into an overnight stay with the power out from a snowstorm. Luckily, this college student mc has four football players who also happen to be in the library to keep her warm.

Curse Of The Gods Series. Fantasy Rh. Willa is chosen to serve at Blesswood, the top sol academy in the world. Except she attracts the attention of the meanest brothers on campus, and they’re not going to let her go.

Rising Goddess Series. Urban Fantasy Rh. After losing her mate and parents to a terrible accident, the mc attends college to honor them. She wasn’t expecting a pack to show up and change everything.